Top
You are here: Home / Business and Customers / What Happens At the Meeting After the Meeting

(Editor’s Note: Today’s post is an excerpt from my book, “Essential Meeting Blueprints for Managers.” The book is available on Amazon in hard copy and Kindle, in the iTunes store, and directly from the publisher.”

Yes, it’s true. The meeting after the meeting does exist. It’s not an urban legend.

In fact, the meeting after the meeting (or let’s call it the MATM for short) can actually be more important than the original meeting. Many people think it’s really a big gripe session about the meeting. But a true MATM is very important – it often provides insight into the people and discussions that you usually can’t get during the meeting itself. As a business professional, you want to be included in the meeting after the meeting. Here are six dynamics to watch for:

#1 The Purpose. Typically, the MATM is part venting and part strategy. Usually, participants are frustrated about something that happened during the meeting (the venting part) and the conversation turns toward brainstorming ways to fix the situation (the strategy part).

A MATM of only griping? Well, that’s just a gripe session. Not to say a gripe session isn’t noteworthy, but it’s beyond the scope of this book. Often gripe sessions are about not communicating something well or not getting proper buy-in. We covered getting buy-in with pitch meetings. Meeting where you discuss strategies to fix something, i.e., make a decision. That’s reason for a “real” meeting.

#2 The Attendees. From an office politics perspective, the individuals who attend a MATM are influencers where this particular matter is concerned. The influencers can change from issue to issue. In each chapter, we’ve talked about power during meetings and who has power based upon the meeting. In most cases, the influencers are those with the most power.

#3 The Timing. Sometimes the MATM is spontaneous and other times, it’s planned. If the influencers happen to be at the same place together, the original meeting might just turn into a conversation. “Hey, what did you think of yesterday’s meeting?” And the conversation starts.

The other way is that someone might plan to get a group together quietly. For example, I invite a couple people to lunch. Either before or during lunch, I say, “Hey, I’ve been thinking about last week’s meeting and wanted to get your thoughts.”

#4 The Location. Often, but not always, the MATM takes a more casual tone. It might be a midmorning coffee run, lunch or drinks after work. I’ve seen a lot of people miss the opportunity to participate in a MATM because it looked like a social event and their opinion is “work is work, and I don’t want to socialize with my co-workers.”

It can be unfortunate because, if you don’t recognize the signs, then you can’t participate. On the other side, I’ve seen organizers of the MATM intentionally choose a venue knowing certain people wouldn’t attend. For example, Carol doesn’t ever join us for happy hour, so let’s meet then.

This is a tough decision. I can’t tell you the right answer. What I can recommend is don’t be naive and believe business only happens in office buildings and boardrooms. It happens everywhere – on golf courses, social networking platforms, at coffee shops and during happy hour.

#5 The Discussion. I mentioned earlier that the MATM can often be a gripe session. If you’re at a MATM, listen carefully to the complaints. Try to understand the frustrations and also why that frustration may or may not have been addressed during the meeting.

The other conversation that happens during a MATM is strategy. What people plan and agree to do next, as a result of the MATM. This can offer valuable insight into what happens behind the scenes in the organization. It can also tell you a lot about the individuals involved and their comfort zones, spheres of influence and workplace power.

#6 The Commitment. There’s an over quoted line from the 1999 movie starring Brad Pitt and Edward Norton called “Fight Club”: “The first rule of Fight Club is: You do not talk about Fight Club.”

The same rule applies here. What people share in the MATM must be respected. The reason MATMs are important and can work well for organizations is because people let their guard down. They talk about what challenges them and they might share something they plan to do. Unless your role in the organization is to go forewarn someone, then you have to respect the tradition of this meeting.

To clarify something. Someone at the meeting didn’t understand something that happened. Instead of asking during the meeting, they might choose to wait until after and ask some questions. They might also choose to ask someone other than the meeting leader.

This can occur a lot with new supervisors and managers, especially when they haven’t had prior exposure to these types of meetings. They need to learn from someone they can trust. This is the part of business that never shows up in the employee handbook or in a training program. Years ago, I had a boss tell me, “Over the years, with each job, I learned a little bit about human resources and a whole lot about office politics.” That line stuck with me. It’s my job as a manager to share the realities of the workplace with others.

To be a sounding board. Participants want to say something, but they don’t know how their comments will be received. They are looking for someone to offer a different perspective. Not approval or support, only a point of view.

This relates to my comment about sharing the realities of work. Books, articles and media will tell you it’s important to be open, honest and share with your boss. This is totally true and I completely agree with it. This doesn’t mean you should be unprepared. Having a sounding board gets you prepared. If you choose the right person, they can help you to potentially see a different point of view.

Bottom line, your reputation and relationships matter. They will help you get a seat at the meeting after the meeting. 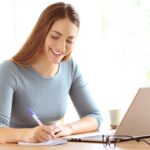