Top
You are here: Home / Strategy and Planning / MOCHA: An Alternative to RACI for Organizational Accountability

A few years ago, I wrote a piece about “Using RACI to Improve Organizational Teams”. RACI is an acronym that stands for responsible, accountable, consult, and inform. It’s a way to establish accountability.

I mentioned RACI in a training program recently and someone said they use a similar acronym called MOCHA. I – along with several other people – immediately said we were stealing this one. Here’s what MOCHA represents:

Manager: Who handles the day to day management of the task or program? Someone has to be responsible for the work – whether that’s a task, process, program, etc. They handle the everyday decisions and coordinate the front-line activities associated with the job.

Owner: Who is the organizational owner or sponsor for this task or program? Depending upon the type of work we’re referring to, this person might be a senior leader who directs a department or division. Or maybe it’s someone that has a lot of influence in the organization, so we want them to be kept in the loop.

Consultant: Who advises the group or manager? This could be an internal or external subject matter expert. They might have a regular role or be someone who is called in to deal with a specific problem or obstacle.

Helper: Who are the people that the group or manager taps into for information or assistance? There are always people who help us accomplish our work. They might not be in our department. They might not be on our project team. But we need them for data, information, and sometimes just a supportive ear.

Approver: Who approves resources for the manager or group? This may or may not be the owner. The approver could be someone in purchasing or procurement. Or maybe they’re the CFO. We need both owners and approvers to be successful.

I thought the MOCHA acronym was a refreshing take on the traditional RACI acronym. I particularly liked the addition of the helper category. I don’t know that organizations spend enough time thinking about the help they might need to accomplish a goal. Not only does this help the group focus on those resources but it provides a way for those “helpers” to be acknowledged for their contribution.

The other thing that I liked about MOCHA is that this organization took a concept like RACI and made it work for them. That’s what best practices bring to the table. It’s not always about copying what someone else is doing. It’s about saying, “I like that idea. How can I make it work for me?” New ideas are formed all the time.

Most importantly, MOCHA still focuses on establishing accountability for a task or program!

Oh, and I would be totally remiss if I didn’t mention that MOCHA could be fantastic from an internal marketing perspective. Think about all of the MOCHA you could include in a project launch meeting. It just writes itself. And it helps the organization perform at a higher level.

Image captured by Sharlyn Lauby outside the Museum of Chocolate in Havana, Cuba. 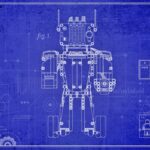 Employee Accountability Cannot Suffer Because Of a Challenging Labor Market