Top
You are here: Home / Technology and Social Media / Everything #HR Needs to Know About Artificial Intelligence

Over the past few months, we’ve talked about chatbots and machine learning. It only seems logical that we should have a discussion about artificial intelligence (also known as AI). While these terms are often used in the same sentence, the more I learn, the more I realize that there are subtle nuances in each.

Many human resources departments are looking at these approaches to scale their efforts and bring consistency to their activity. While HR isn’t going to have to do the programming, they do need to know enough to guide the conversation and make decisions about what’s best for the company.

To help us understand more about artificial intelligence, I reached out to Armen Berjikly, senior director of strategy at Ultimate Software, where his expertise in human-computer interaction drives Ultimate’s transformative artificial intelligence platform and direction. I’m thrilled that Armen agreed to share his knowledge with us.

[Berjikly] First, AI is an approach, not a specific skill. There’s a professor at Georgia Tech named Charles Isbell who has a fun way of defining AI: ‘making computers act like they do in movies.’ Another way to look at it: AI is ‘what’s next.’ It’s a constantly moving target focused on providing the answer to the biggest technology challenges.

My worldview is that AI is the ability for a machine to learn new things from its environment that it wasn’t initially programmed to do. I also think what AI learns should be interesting, and not obvious to people.

Emotional intelligence, on the other hand, is probably best defined by having and displaying empathy. For example, to know what someone is feeling, even when their words tell you something different. You can, of course, have AI with characteristics of emotional intelligence (back to making computers act like they do in movies!)

Can you point us to an example of AI that we may already be using or familiar with?

[Berjikly] AI is all around us, and due to its loose definition (a machine that mimics human behavior and makes ‘smart’ decisions), you don’t have to look very far to find it. Siri, Alexa, Google Home, Cortana—these are all examples of machines we talk to, that try to figure out from our speech what we’re saying, and then do what we ask of them.

Navigation apps like Google Maps is another example. We’re in the driver’s seat, looking for a way home. Behind the scenes, an AI toolkit is crunching live and historical data to actively predict the best route and determine how long it’ll take to get there.

Yet another: SPAM filters. Every time you receive a new email, the machine determines whether it’s something you’ll want to read, even though it’s likely never seen that particular combination of words and email addresses before.

How should we view Artificial Intelligence – User interface? Chatbot? A little of both? Or possibly neither?

[Berjikly] AI can be viewed as an enabling platform. I think AI, as a concept, can be quite meaningless by itself. But it provides a meaningful foundation—and you can build some interesting things on top of an AI view of the world. So, in this instance, AI can power a user interface or a chatbot to understand, reply to, and act on inputs.

There’s lots of talk about AI replacing jobs, which can be perceived as a bit scary. But I have to think AI can also make work better. Can you share an example where AI makes jobs easier?

[Berjikly] The application of computers automating people’s tasks is not AI—that’s simple automation, because there is no active learning involved. The systems are taught a specific thing to do, and they mindlessly do it repeatedly.

By contrast, I believe AI’s place in the world should be to relentlessly help us do the high-value things we want to do, but often cannot because we get bogged down by everyday challenges. By offloading the things that we as people struggle with, such as making sense of lots of high-volume, complicated data while countering fatigue and helping us discover meaningful insights we wouldn’t have been able to on our own.

Radiology is great example, where the machine will augment a radiologist without a hope of replacing them. With AI being able to sift through massive amounts of information with perfect memory and tireless resolve, radiologists can be sure they’re getting a deeper look. The question of what to do with those results isn’t something the machine’s aiming to answer. That’s ultimately up to the radiologist, who has a vast amount of qualitative experience and can use that information to make a more informed decision.

You’ve shared how AI can make work better. Let’s talk about the other side. Name one thing that companies need to be watchful (or cautious) about when it comes to AI.

[Berjikly] A potential concern with AI is the fear and uncertainty it can introduce into an organization if it’s brought into a company without a clear purpose. Technology for technology’s sake—or an implicit embrace of technology to cut costs and increase efficiency—can have a vastly counterproductive effect on the people who have to use it and ensure its success. Instead, companies should have realistic goals, a path in mind, and a vision of how AI can help employees unlock their full potential.

If HR pros can only focus on 1-2 aspects of Artificial Intelligence, where should they spend their time?

[Berjikly] Companies should fear being absorbed into the hype of new technology that’s applied without a purpose. With AI, we should focus on helping people fulfill their career ambitions and limit the thought of complete automation or employee replacement—both because it’s often entirely unrealistic and it’s not healthy to look at your organization and only see opportunities for cutting costs. Employees create the value of an organization and equipping them with exciting technology can help further drive value to the business.

Put another way, we shouldn’t be aiming for the goal of running HR with a joystick. HR is populated with people who care deeply about the creation, growth, and success of their teammates and, by extension, their organization. Until now, they’ve been hamstrung by a lack of products and tools that truly help them solve the big problems, and they’ve been derailed by workflows and workarounds.

The new world of AI gives us a chance—one that we’ll have to carefully nurture—to solve problems the ‘right’ way, with people top of mind. Technology should meet us as we are, and not the other way around.

Many thanks to Armen and the Ultimate Software team for sharing their knowledge with us. Obviously, we’ve only just scratched the surface of what chatbots, artificial intelligence, and machine learning can do for our organizations. But I’m convinced that, as we read more and ask more questions, HR professionals will be well positioned to make the right decisions for their organizations, which in the end means a great candidate and employee experience.

Image captured by Sharlyn Lauby on the streets of Fort Lauderdale, FL 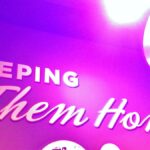